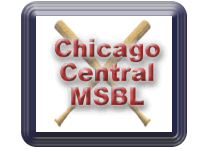 Home
Want to join the fun? Let us know about you.
We have created a small list of FAQs that may answer some of your questions:
What are the minimum age requirements?
A player must at least turn the minimum age (30, 43, etc.) during that age group's season's calendar year to play in that league.

When are the games?
The season begins in late April and ends in mid September, depending how far in the playoffs your team goes.We are a weekend league -- with most games on the weekend. There are occasional weeknight games. You can expect about 70% of games on weekends.

How many games in a season?
Not including tournaments and playoffs, you can expect to play 20 games a year.

Where are the games?
We started as a Dupage County league-- but have expanded into Chicago over the last few years. Most games will be West Suburbs, South Suburbs, or some Chicago games.

How much money does this cost?
Each team is required to pay a league fee. How the league fee is obtained by the managers of each team is up to them. Some teams get sponsorship help, and divide the balance by each player. Some teams just divide it amongst each player.You can expect to pay between $200.00 and $400.00 to play for a season. It comes out to somewhere between $10 and $20 per game.

How do I get on a team?
You can fill out the player pool form (above), and managers peruse through the list and make calls.You can go back to the website and email each manager directly.When filling out form or emailing managers, it is very important to give out as much detailed past experience as possible.